Due out in the Euro area are the remaining November confidence surveys. All the main indices (Euro area PMI, German IFO, French INSEE, NBB survey, business and consumer confidence in Italy) should show a further dip in sentiment in the wake of the financial crisis. The German GDP breakdown will show that the summer bounce was due to domestic demand, although this should peter out between 4Q11 and 1Q12.
The macroeconomic data should not alter the outlook of a moderate recovery in the United States. The minutes of the FOMC meeting should confirm the committee’s readiness to launch a possible new purchasing programme. The small dip in orders and existing home sales in October does not alter the moderately positive outlook for the manufacturing sector and the ongoing stagnation in construction; personal income and spending should show moderate gains in both real and nominal terms.
Monday 21 November

– Existing home sales are expected to fall to 4.8M units ann. in October from 4.91M in September. The pending home sales figures, down in September, point to a moderate slowdown in sales. The market might be buoyed by the fall in mortgage rates following the announcement of the change in the Fed’s debt policy, with the reinvestment of maturing MBS in the same class of securities.
Tuesday 22 November

– Consumer confidence is expected to fall to -21 in November from -19.9 before, eroded by the ongoing flow of bad macroeconomic news. The deepening crisis might prompt households to postpone spending plans, notably in respect of durables.

– The second 3Q11 GDP estimate should confirm growth of 2.5% qoq ann., with an upward revision to the foreign channel contribution offset by a similar downward revision to the contribution from inventories.
– The Fed publishes the minutes of the early November FOMC meeting. The minutes will shed light on the views of the participants regarding a possible new securities purchasing programme. Specifically, some indication might be given on the timing and macroeconomic conditions that would trigger further monetary stimulus. The signals on the US economy have improved since the date of the meeting, but the risks and tensions on the markets stemming from the European crisis have increased sharply. In light of the forecasts for the labour market, for now the central projection is for possible MBS purchases by the end of 1Q12.
Wednesday 23 November

Euro area
– France. The INSEE index is expected to fall to 96 in November from 97 before. Expectations
should be down amid shrinking demand and rising inventories, as signalled by the survey in
past months. The French economy will likely stagnate between 4Q11 and 1Q12.

– The composite PMI should remain in recession territory for the third straight month in November (our estimate 46 vs. 46.5 in October). The manufacturing index might fall further to 46.3 from 47.1; the service sector index, hit harder by the banking crisis, might slide even lower (our estimate 45.9 vs. 46.4). The level of the PMI indices is now consistent with GDP in negative territory.

United States
– Durable goods orders are expected to be down -1.2% mom in October, largely due to the correction in the volatile commercial aircraft sector. Ex transportation, orders should correct slightly by -0.1% mom. The trend in orders should however remain moderately positive, in light of the data on orders in the surveys. Specifically, orders in the ISM survey rose to 52.4 in October, after three months below 50 (3Q11 avg. 59.5).

– Personal spending should be up 0.3% mom in October on the back of sales growth of +0.5% mom and the fall in the price of petrol. Personal income should be up 0.2% mom in light of the data on hours worked and wages published in the employment report.

– Consumer confidence as measured by the Univ. of Michigan in November (final figure) should rise slightly to 64.8 from the advance estimate of 64.2. In mid-November the survey recorded gains in both components (coincident and expectations), while inflation expectations five years forward continued to trend down (to 2.6% from a high of 3% in June). All the confidence indices have picked up from the summer lows but remain flat: uncertainty over fiscal policy will again make itself felt in the coming months with the deadline of the payroll tax cut fast approaching (end-December).

Thursday 24 November
Euro area
– Germany. The second reading of 3Q11 GDP should confirm the preliminary estimate of 0.5% qoq and 2.6% yoy (around twice the growth rate of the Euro area average). The breakdown should show the biggest contribution to growth coming from the rebound in consumption (our estimate 0.5% vs. -0.7% qoq); investments also accelerated (1% vs. 0.4% qoq), although construction shrank by a further tenth. International trade should have made a negative contribution to growth due to imports (our estimate 1.5%) outstripping exports (our estimate 1.1%). After the summer bounce, Germany should slow to virtually zero growth around YE11 and 1Q12.

– Germany. We expect the IFO index to fall to 105.8 in November from 106.4 before, still leaving it above the long-term mean (100.6). The coincident index is estimated at 116 vs. 116.7 before (long-term mean: 123.3). Expectations 3/6 months fwd will likely correct to 95.9 from 97 given the deteriorating demand-side conditions and the growing uncertainty. The IFO remains consistent with German economic expansion, although this will likely slow in 4Q11/1Q12 from 0.5% qoq in 3Q11.

– Italia. Consumer confidence is expected to fall further (for the sixth straight month), slipping to 92 in November from 92.9 in October. If confirmed, the figure would take household sentiment past the all-time low (in the almost 30 years of the series) recorded in July 2008 (92.7). Expectations, which have in the past proved a good consumption predictor, signals clear recession risks.

– In Belgium economic confidence is expected to fall to -11.5 from -10.4. Of particular interest will be the breakdown of the manufacturing survey, notably the trend in export orders, which is considered a leading indicator of trends in German industry and consequently in the Euro area as a whole. In any case, the contagion of the financial crisis to countries like Belgium (spread just below 300bps) might cause business lending flows to slow.

Appendix
Analyst Certification
The financial analysts who prepared this report, and whose names and roles appear on the first page, certify that: (1) The views expressed on companies mentioned herein accurately reflect independent, fair and balanced personal views; (2) No direct or indirect compensation has been or will be received in exchange for any views expressed. Specific disclosures: The analysts who prepared this report do not receive bonuses, salaries, or any other form of compensation that is based upon specific investment banking transactions.

Important Disclosures
This research has been prepared by Intesa Sanpaolo S.p.A. and distributed by Banca IMI S.p.A. Milan, Banca IMI SpA-London Branch (a member of the London Stock Exchange) and Banca IMI Securities Corp (a member of the NYSE and NASD). Intesa Sanpaolo S.p.A. accepts full responsibility for the contents of this report. Please also note that Intesa Sanpaolo S.p.A. reserves the right to issue this document to its own clients. Banca IMI S.p.A. and Intesa Sanpaolo S.p.A. are both part of the Gruppo Intesa Sanpaolo. Intesa Sanpaolo S.p.A. and Banca IMI S.p.A. are both authorised by the Banca d’Italia, are both regulated by the Financial Services Authority in the conduct of designated investment business in the UK and by the SEC for the conduct of US business.
Opinions and estimates in this research are as at the date of this material and are subject to change without notice to the recipient. Information and opinions have been obtained from sources believed to be reliable, but no representation or warranty is made as to their accuracy or correctness. Past performance is not a guarantee of future results. The investments and strategies discussed in this research may not be suitable for all investors. If you are in any doubt you should consult your investment advisor.
This report has been prepared solely for information purposes and is not intended as an offer or solicitation with respect to the purchase or sale of any financial products. It should not be regarded as a substitute for the exercise of the recipient’s own judgement.
No Intesa Sanpaolo S.p.A. or Banca IMI S.p.A. entities accept any liability whatsoever for any direct, consequential or indirect loss arising from any use of material contained in this report.
This document may only be reproduced or published together with the name of Intesa Sanpaolo S.p.A. and Banca IMI S.p.A.. Intesa Sanpaolo S.p.A. and Banca IMI S.p.A. have in place a Joint Conflicts Management Policy for managing effectively the conflicts of interest which might affect the impartiality of all investment research which is held out, or where it is reasonable for the user to rely on the research, as being an impartial assessment of the value or prospects of its subject matter. A copy of this Policy is available to the recipient of this research upon making a written request to the Compliance Officer, Intesa Sanpaolo S.p.A., 90 Queen Street, London EC4N 1SA.
Intesa Sanpaolo S.p.A. has formalised a set of principles and procedures for dealing with conflicts of interest (“Research Policy”). The Research Policy is clearly explained in the relevant section of Banca IMI’s web site (www.bancaimi.com).
Member companies of the Intesa Sanpaolo Group, or their directors and/or representatives and/or employees and/or members of their households, may have a long or short position in any securities mentioned at any time, and may make a purchase and/or sale, or offer to make a purchase and/or sale, of any of the securities from time to time in the open market or otherwise. Intesa Sanpaolo S.p.A. issues and circulates research to Qualified Institutional Investors in the USA only through Banca IMI Securities Corp., 245 Park Avenue, 35th floor, 10167 New York, NY,USA, Tel: (1) 212 326 1230. Residents in Italy: This document is intended for distribution only to professional investors as defined in art.31, Consob Regulation no. 11522 of 1.07.1998 either as a printed document and/or in electronic form. Person and residents in the UK: This document is not for distribution in the United Kingdom to persons who would be defined as private customers under rules of the FSA.
US persons: This document is intended for distribution in the United States only to Qualified Institutional Investors as defined in Rule 144a of the Securities Act of 1933. US Customers wishing to effect a transaction should do so only by contacting a representative at Banca IMI Securities Corp. in the US (see contact details above).

Valuation Methodology
Trading Ideas are based on the market’s expectations, investors’ positioning and technical, quantitative or qualitative aspects. They take into account the key macro and market events and to what extent they have already been discounted in yields and/or market spreads. They are also based on events which are expected to affect the market trend in terms of yields and/or spreads in the short-medium term. The Trading Ideas may refer to both cash and derivative instruments and indicate a precise target or yield range or a yield spread between different market curves or different maturities on the same curve. The relative valuations may be in terms of yield, asset swap spreads or benchmark spreads.

Coverage Policy And Frequency Of Research Reports
Intesa Sanpaolo S.p.A. trading ideas are made in both a very short time horizon (the current day or subsequent days) or in a horizon ranging from one week to three months, in conjunction with any exceptional event that affects the issuer’s operations. In the case of a short note, we advise investors to refer to the most recent report published by Intesa Sanpaolo S.p.A’s Research Department for a full analysis of valuation methodology, earnings assumptions and risks. Research is available on IMI’s web site (www.bancaimi.com) or by contacting your sales representative. 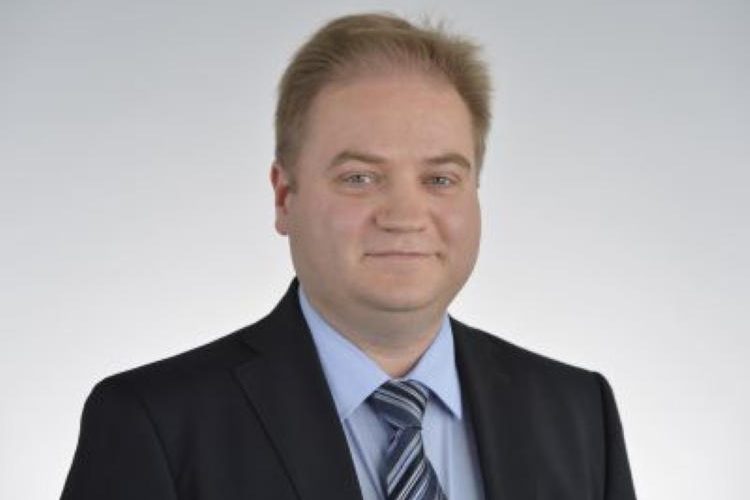