– Data released over the past three weeks were very much in line with our assessment of the outlook for the global cycle.

The modest drop of the global manufacturing PMI from 50.3 to 50.1 confirms the stabilisation of industrial activity, albeit markedly mixed in geographical terms.

For what concerns the services sector, the global index improved to 52.1.

Therefore, overall economic activity may have strengthened further. In the United States as well, PMIs were more robust in the services sector than in the industrial one

. The New York Fed and Atlanta Fed’s GDP Nowcasts point to a reacceleration in December.

– Data on global trade available up to end of October outline a stronger monthly trend for both imports (2.2% 3m/3m) and exports (-0.2% 3m/3m), sending the first signs of a stabilisation, after the drop caused by the trade dispute between the United States and China.

Furthermore, the foreign demand index included in the global PMI survey rose further, to 52.4 in December, promising an additional pickup of trade flows between the end of 2019 and the beginning of 2020.

Subsequently, year-on-year changes will be inflated by base effects, as the months in which import-export flows adjusted to higher tariffs will no longer be considered in the comparison.

The likely signing of a Phase 1 agreement between China and the United States, and the ratification of the withdrawal agreement governing the United Kingdom’s exit from the EU (due to be approved by the House of Lords on 27 January) have removed two important sources of risks from the near-term horizon.

– European data generally beat expectations, as testified to by the positive levels reached by the CESI economic surprise index for the euro area.

The composite PMI improved further, driven by the recovery in the services sector.

Business confidence improved across sectors except industry, where it remained stable. German industrial output in November also surprised on the upside (see below The Week in review).

Considering all the above, we believe Eurozone GDP growth probably remained at around 0.2% q/q in 4Q 2019 as well, with the year-on-year rate at 1.1% y/y.

Therefore, the risk of a recession remains low, at least in the near term.

Will mounting tensions between Iran and the United States spoil the party?

Unlikely, in our view: we do not think the situation will evolve in the direction of a conventional conflict, nor that tensions will seriously disrupt oil exports from the region.

Furthermore, the flexibility of shale oil and abundant overall supply make the market more resilient than it was at the time of the Gulf wars.

– Tensions between the United States and Iran, which had mounted significantly ever since the US decided to pull out from the Iran nuclear deal, spiralled suddenly over the past few weeks following a chain of reprisals and counter-reprisals.

The conflict evolved from being indirect and by proxy to direct. Tensions came to a head on 3 January, with the killing of a high representative of the Iranian military, General Soleimani, an operation officially conducted by the US government.

– We with the crisis is unlikely to degenerate into a conventional conflict between the two countries.

Iran is better positioned to pursue its ambitions as a regional power through the multiple organisations it controls or supports throughout the Middle East, attempting at the same time to accelerate its plans to develop a nuclear deterrent.

For the same reason, in the absence of imminent threats to its survival, the Iranian government is unlikely to choose the course of blocking the Strait of Hormuz, a move which would make a reaction inevitable, while failing to afford decisive strategic advantages to Iran.

On the opposite side, the United States administration has never seemed inclined to run the risk of engaging in a conventional conflict on a large scale, either – although President Trump’s whole-hearted re-edition of Nixon’s “Madman Theory” may, at times, seem to indicate otherwise.

– This view is supported by the latest developments. Iran responded to the assassination of Soleimani in a very measured manner, without causing casualties and allowing the United States the chance of ending the military escalation honourably.

An opportunity the US administration promptly welcomed.

– Obviously, this does not mark the end of the Iranian question. The crisis is likely to return inside its previous confines, albeit with Iran keener than before to create difficulties for the United States throughout the Middle East, at a time in which American influence is already clearly waning.

The main risk, as pointed out by several political analysts, is that potential actions conducted by militia tied to Iran may prompt new reprisals from the United States, a development which could recreate the situation seen at the beginning of the year.

Even in the event of an escalation, however, the implications for the oil market could be much more modest than during past periods of conflict in the Middle East.

First of all, the supply of oil is overabundant at present, with ample margins guaranteed by additional extraction capacity that could be activated by OPEC countries in case of problems, stocks only 6% below the peak levels hit in July 2016 and forecast on the rise, and additional production flexibility allowed by shale oil, not available at the time of the Gulf war

Appendix
Analyst Certification
The financial analysts who prepared this report, and whose names and roles appear on the first page, certify that: (1) The views expressed on companies mentioned herein accurately reflect independent, fair and balanced personal views; (2) No direct or indirect compensation has been or will be received in exchange for any views expressed. Specific disclosures: The analysts who prepared this report do not receive bonuses, salaries, or any other form of compensation that is based upon specific investment banking transactions.

Important Disclosures
This research has been prepared by Intesa Sanpaolo S.p.A. and distributed by Banca IMI S.p.A. Milan, Banca IMI SpA-London Branch (a member of the London Stock Exchange) and Banca IMI Securities Corp (a member of the NYSE and NASD). Intesa Sanpaolo S.p.A. accepts full responsibility for the contents of this report. Please also note that Intesa Sanpaolo S.p.A. reserves the right to issue this document to its own clients. Banca IMI S.p.A. and Intesa Sanpaolo S.p.A. are both part of the Gruppo Intesa Sanpaolo. Intesa Sanpaolo S.p.A. and Banca IMI S.p.A. are both authorised by the Banca d’Italia, are both regulated by the Financial Services Authority in the conduct of designated investment business in the UK and by the SEC for the conduct of US business.
Opinions and estimates in this research are as at the date of this material and are subject to change without notice to the recipient. Information and opinions have been obtained from sources believed to be reliable, but no representation or warranty is made as to their accuracy or correctness. Past performance is not a guarantee of future results. The investments and strategies discussed in this research may not be suitable for all investors. If you are in any doubt you should consult your investment advisor.
This report has been prepared solely for information purposes and is not intended as an offer or solicitation with respect to the purchase or sale of any financial products. It should not be regarded as a substitute for the exercise of the recipient’s own judgement.
No Intesa Sanpaolo S.p.A. or Banca IMI S.p.A. entities accept any liability whatsoever for any direct, consequential or indirect loss arising from any use of material contained in this report.
This document may only be reproduced or published together with the name of Intesa Sanpaolo S.p.A. and Banca IMI S.p.A.. Intesa Sanpaolo S.p.A. and Banca IMI S.p.A. have in place a Joint Conflicts Management Policy for managing effectively the conflicts of interest which might affect the impartiality of all investment research which is held out, or where it is reasonable for the user to rely on the research, as being an impartial assessment of the value or prospects of its subject matter. A copy of this Policy is available to the recipient of this research upon making a written request to the Compliance Officer, Intesa Sanpaolo S.p.A., 90 Queen Street, London EC4N 1SA.
Intesa Sanpaolo S.p.A. has formalised a set of principles and procedures for dealing with conflicts of interest (“Research Policy”). The Research Policy is clearly explained in the relevant section of Banca IMI’s web site (www.bancaimi.com).
Member companies of the Intesa Sanpaolo Group, or their directors and/or representatives and/or employees and/or members of their households, may have a long or short position in any securities mentioned at any time, and may make a purchase and/or sale, or offer to make a purchase and/or sale, of any of the securities from time to time in the open market or otherwise. Intesa Sanpaolo S.p.A. issues and circulates research to Qualified Institutional Investors in the USA only through Banca IMI Securities Corp., 245 Park Avenue, 35th floor, 10167 New York, NY,USA, Tel: (1) 212 326 1230. Residents in Italy: This document is intended for distribution only to professional investors as defined in art.31, Consob Regulation no. 11522 of 1.07.1998 either as a printed document and/or in electronic form. Person and residents in the UK: This document is not for distribution in the United Kingdom to persons who would be defined as private customers under rules of the FSA.
US persons: This document is intended for distribution in the United States only to Qualified Institutional Investors as defined in Rule 144a of the Securities Act of 1933. US Customers wishing to effect a transaction should do so only by contacting a representative at Banca IMI Securities Corp. in the US (see contact details above).

Valuation Methodology
Trading Ideas are based on the market’s expectations, investors’ positioning and technical, quantitative or qualitative aspects. They take into account the key macro and market events and to what extent they have already been discounted in yields and/or market spreads. They are also based on events which are expected to affect the market trend in terms of yields and/or spreads in the short-medium term. The Trading Ideas may refer to both cash and derivative instruments and indicate a precise target or yield range or a yield spread between different market curves or different maturities on the same curve. The relative valuations may be in terms of yield, asset swap spreads or benchmark spreads.

Coverage Policy And Frequency Of Research Reports
Intesa Sanpaolo S.p.A. trading ideas are made in both a very short time horizon (the current day or subsequent days) or in a horizon ranging from one week to three months, in conjunction with any exceptional event that affects the issuer’s operations. In the case of a short note, we advise investors to refer to the most recent report published by Intesa Sanpaolo S.p.A’s Research Department for a full analysis of valuation methodology, earnings assumptions and risks. Research is available on IMI’s web site (www.bancaimi.com) or by contacting your sales representative. 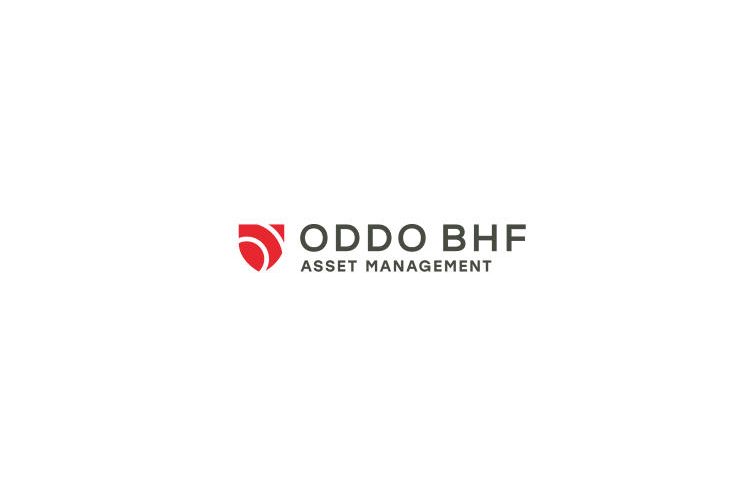